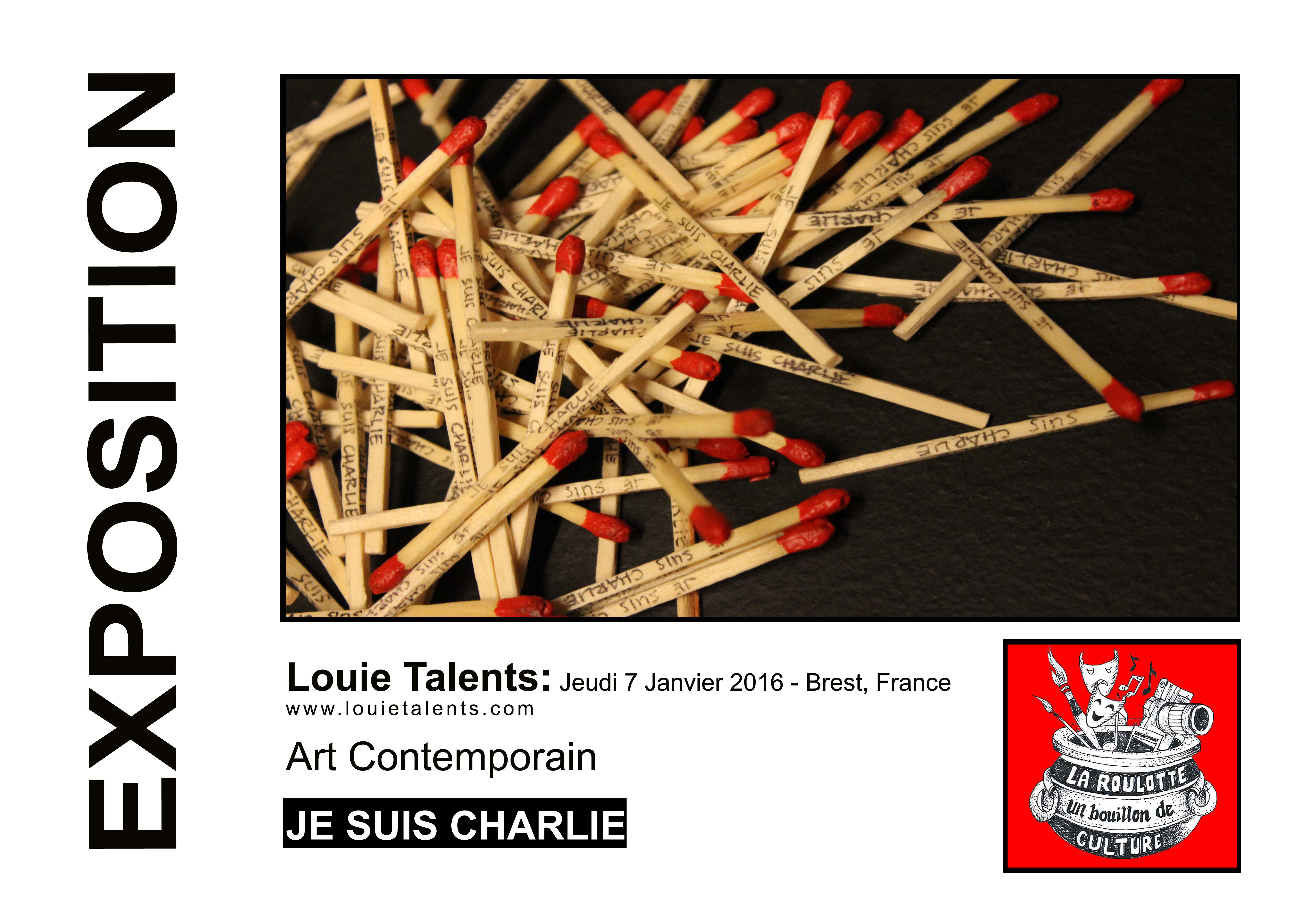 The exhibits entitled Je Suis Charlie and Free and Equal? was created by the filipino contemporary artist Louie Talents.

A triptych artworks composed of thousands of matchsticks. As a Symbolic object, the matchsticks represents light to illuminate darkness, a  spark and a a representation of the burning desire of the people.

The first work was made after the terrorist attacks that took place in Paris-France, after the incident in Charlie Hebdo on January 7, 2015. The artist wrote “Je Suis Charlie” on the 4 sides of every matchstciks which accumulated to 5,000 matchsticks pieces.

The second work was made after the terrorist attacks, after the incident in Bataclan and Cafe Terraces in Paris on November 13, 2015. It is entitled “Friday the 13th” and is composed of matchsticks bearing the names of the people who died in these attacks.

The third work was a collaborative made after the exhibition “Je Suis Charlie” which is an inerted image of the first artwork. It is entitled “Free and Equal?”, and consists of matchsticks made by the visitors of the exhibition, by the children of several schools in the city of Brest and by the artist who wished to highlight the other terrorist attacks that took place in the world yet the world remained silent about it.

You may browse our page through Je Suis Charlie Teaser and see a glimpse of our video clip. You may click on the Photo Album to see more about the exhibit. 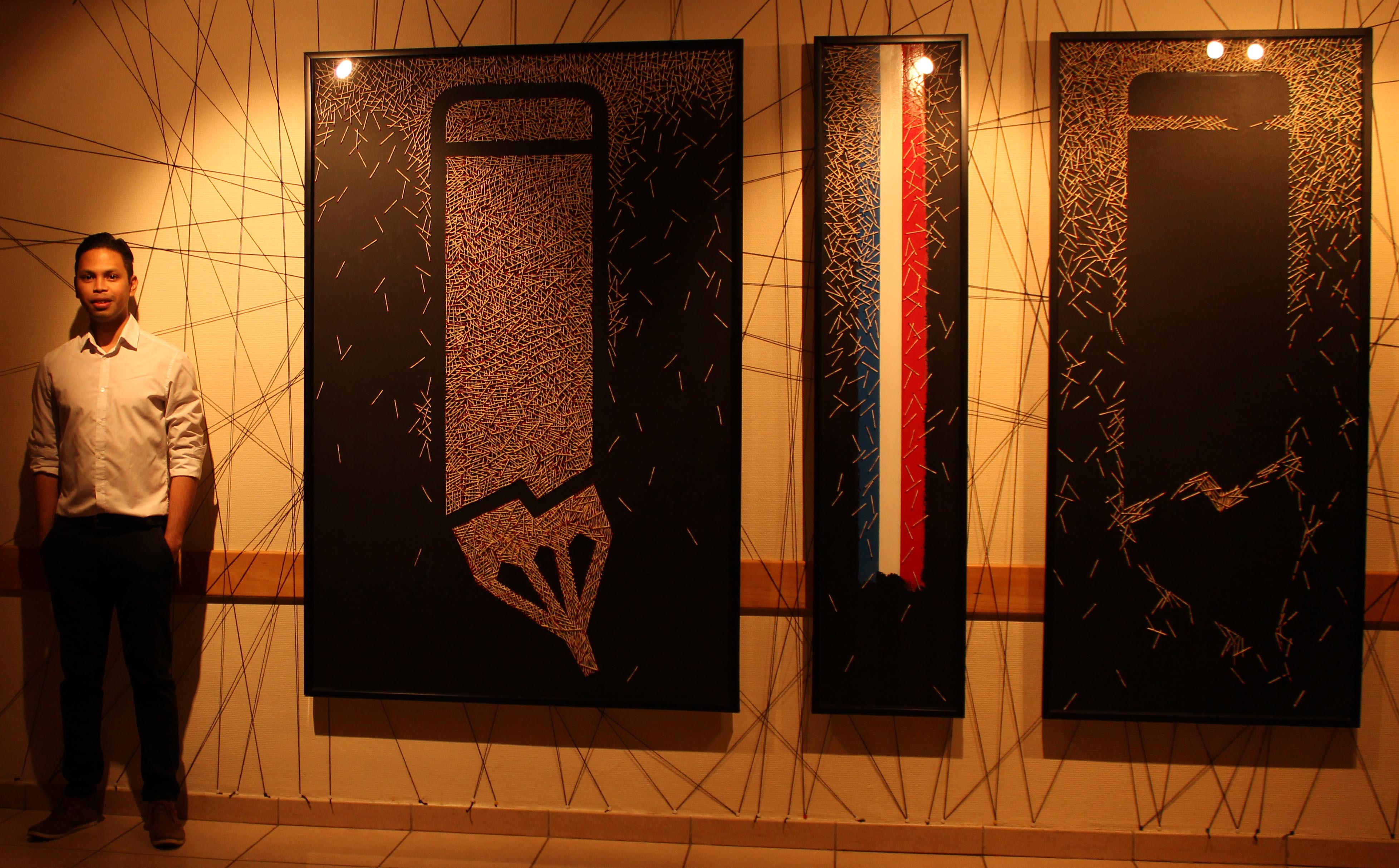 Exhibition “Free and Equal?” in Armorica Theater in Plouguerneau-France.